2 channel video projection (11:30 minutes), and a series of 4 photographic diptychs

House of the Rising Sun focuses on two architectural environments, a former British colonial era courthouse (now a series of flats) and a post-independence modernist house in Delhi, India. Through the mediums of video, photography, dance, and sound, I have conducted an investigation into how these hybrid structures connote colonial/ imperialist histories, as well as how my own trans-cultural experiences inform these spaces.

In my 2-channel video, a dancer (Anusha Lall), who is trained in both bharatanatyam and contemporary dance, creates an improvisational and interpretive physical response to these two very different environments. Two screens play simultaneously, with the dancer moving through a late 19th Century Civil Lines colonial building on one screen, and a 1974 Charles Correa modernist house on the other. The video examines the colonial/post- colonial contexts and hybrid natures of these spaces, through a feminist lens. In this project and my other recent works, I have been interested in creating narratives that explore the lived experiences of women, madness/obsession and orientalist fantasies within surreal and hybrid environments. An original music score by Nitin Mukul has been composed for this video.

The set of 4 photographic diptychs are related to the experimental narrative in the video. 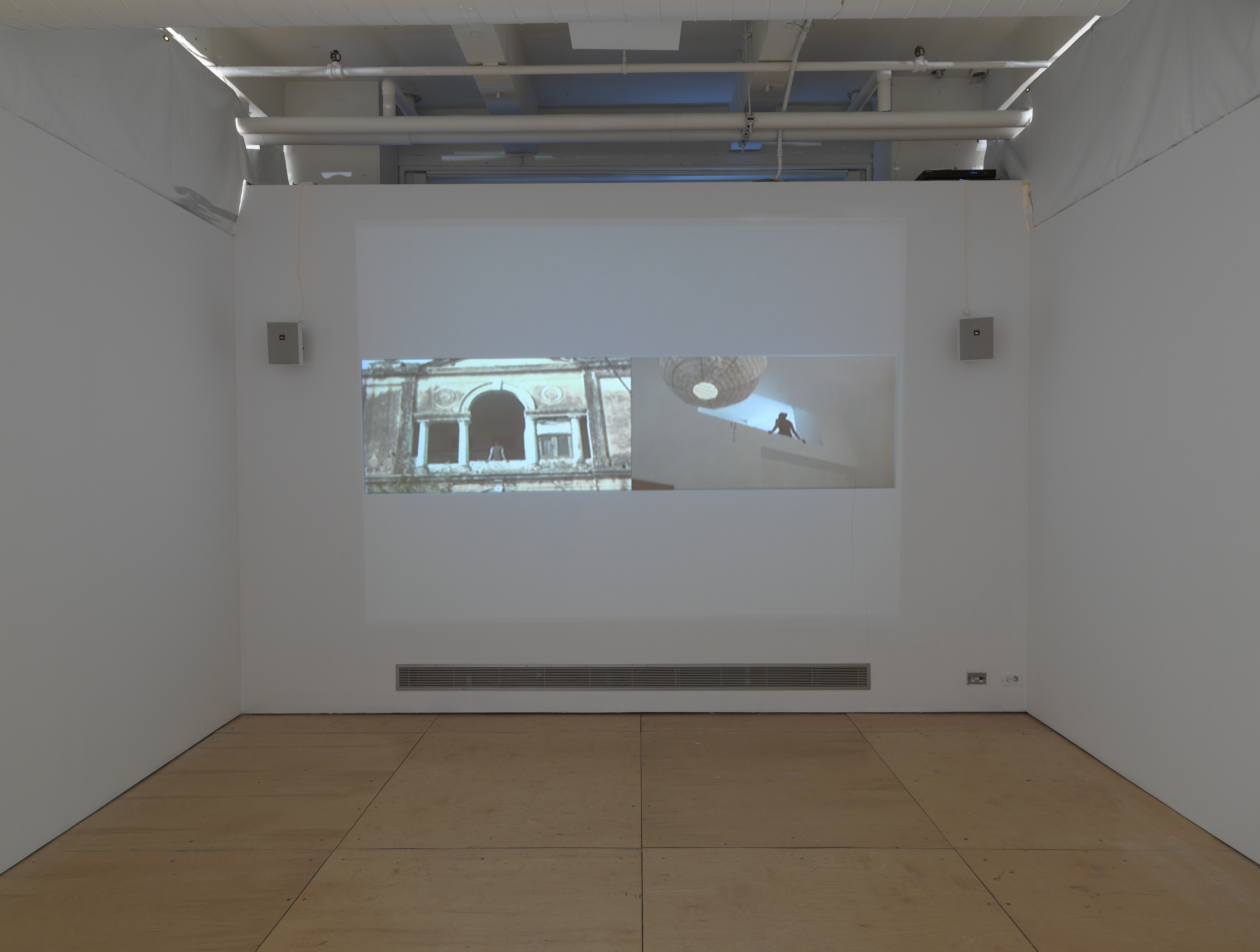 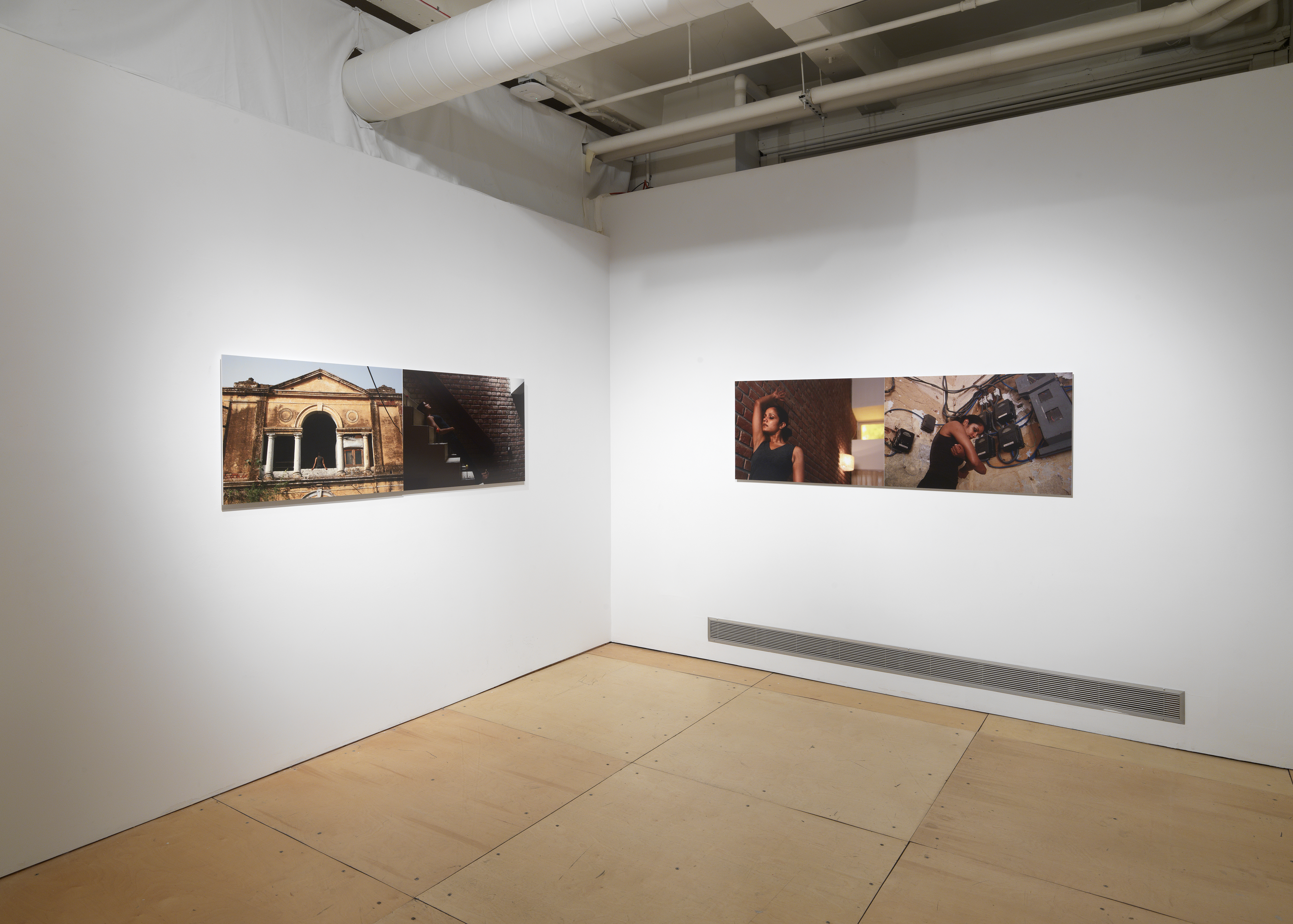